This record was a bit of a surprise given some of the albums that it beat out for the last spot, however, it contains a lo-fi, simplistic style reminiscent of early Pedro the Lion and T.W. Walsh’s solo work for which I am a sucker. It is Austin, Texas based band’s second record. The songs are vividly constructed both in terms of lyrics and music. I am a long-time fan of Derek’s work (to prove it, I See Things Upside Down and Stockholm Syndrome are my two favorite albums which are the two more experimental works in his catalogue; Control lost me a bit though I appreciate the concept). This record took a while to grow on me. The music didn’t grab my attention (the lone exceptions were the title track and Justin Smith’s brilliant arrangement of “Thy Will Be Done”), but the words did over progressive listens. “Lover, Part 3” and “Everything Will Change” perfectly serve to balance my oft melancholy and despairing leanings as I look at the world.

Standouts: “Lover, Part 3,” “Everything Will Change,” “Thy Will Be Done” Triumphant is the one metaphorical descriptor that keeps coming up in reference to the music on this record. Amazingly, this is Christoffer Franzen’s second cinematic post-rock album this year which for me was the better of the two. It is truly a single composition that should be listened to in a wide open space as the sun is setting into the changing hues of twilight to see the sound that is unfolding. Austin Crane is a unique and brilliant song-writer who crafts some of the most thought provoking lyrics I have heard this year. I love the musical landscape of the record which plants itself firmly in the same ‘70’s folk rock vein as Cat Stevens or Neil Young. I have returned to “The Mission” over and over again making it one of my favorite songs this year. In addition, you should also check out “By My Side (Everlasting Life)” and “Take My People Dancing.”

Standouts: “The Mission,” “By My Side (Everlasting Life),” “Take My People Dancing” This was the first record of the year that caused me to sit up and take notice. It is the band’s first record together though they have all previously been a part of the South Carolina music scene. Forty Bells is an absolute indie rock gem. Check out “Magic and Fire,” “Foxes and Dogs” (which would be in my top 5 songs of the year), and “Denmark” to gain an appreciation for this band and record. 8. Listener — Time Is A Machine

I have been a fan of Dan Smith’s work since seeing him perform his talk music as part of a Christmas event in the basement of an old church in Macon some years ago. The show left me (and everyone else there) speechless and unsure of exactly what we had just witnessed though it kept drawing us back. Time Is a Machine is the follow-up to the brilliant Wooden Heart and serves as a perfect stylistic progression for the band. Dan continues to display brilliant poetic insights as on “Good News First” and “I Think It’s Called Survival.” And if any gives a crap, Dan is building a house somewhere in middle America (Missouri, if I recall) that should have no factual bearing on your enjoyment of this record. I knew I would like this record from the opening notes and lines of Frightened Rabbit’s fourth album (which happened to be my first experience with this band). It contains a rawness, a forwardness, and slight vulgarity that is not uncommon among Scots. Scott Hutchison has a gift for writing rapid fire songs that are both poetic and devastating in their insights. The music matches the urgency of the message and evidences a significant progression in the band’s style. This is the Water Liars’ second record and second appearance on my year end best of list. I love their visceral style and the fact that they are influenced by instinctual literary works. Terry McDonnell’s Wyoming: The Last Poems served as the backdrop for this record. The title track may be the one song I have listened to the most times this year and evidences perfectly what is specifically brilliant about the Water Liars. In addition, I also recommend the reverb soaked “Sucker,” the base but confessional “Fake Heat,” and the album’s closer “Fire” to give you the full palette displayed on this record. According to industry myths, musicians make their best music when their muse is fueled by their addiction leaving their eventual sobriety an honest but empty well. Jason Isbell laid that myth to rest with Southeastern. His voice has never sounded better nor has his songwriting been as sharp and poignant as displayed on “Cover Me Up,” “Elephant,” and “Relatively Easy.” I look forward to what continued sobriety and clarity will bring from Isbell in future releases. I am drawn to and intrigued by music that is influenced by literary works as previously mentioned in the Water Liars review. Tristessa is one of Kerouac’s lesser known works about his experience with a beautiful prostitute during his time in Mexico as he travelled among the shadows. It is a dark and tender work that is perfectly captured by the artists that Jim Sampas brought together for this interpretation of the novella. The continuity between the artists’ renderings is astonishing. The whole album is worth your time, but Gregory Alan Isakov’s “O City Lights,” Peter Bradley Adam’s “She Has to Come Down,” and Hey Rosetta!’s “Sad Animals” stand out in particular.

Standouts: “O City Lights,” “She Has to Come Down,” “Sad Animals” 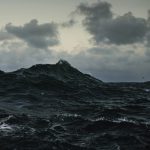 Save the groans related to Justin Vernon making another year end best of list and thoughts related to it appearing only because it is the “it” thing to do. Make a record this good, and it will make the list. Not to mention, I hated and still hate their first record Unmap. I also didn’t like Bon Iver’s “For Emma, Forever Ago” for two years following its release for reasons I can’t explain (maybe because I fell victim to not wanting to because it was the “it” thing to do; forgive me). All that aside, this record is sonically amazing. I don’t feel like this record has received the attention that it was due. Vance is as good a singer-songwriter as any of the folks who get all of the attention in this category, however, it may be too mature for those who love Josh Ritter and Damien Rice (bringing in Bonny Raitt and not including random whirs and beeps in his songs for example) and not mature enough for those who love Van Morrison and Gordon Lightfoot (Vance has a little too much angst for contemporary adult radio) leaving him in no-man’s land. This is unfortunate, because Joy of Nothing is a phenomenal record start to finish from the anthemic opener “Closed Hand, Full of Friends” to the gentle “Joy of Nothing” and onto the Gospel-saturated road weary hymn “Guiding Light” with Ed Sheeran.

1. The National — Trouble Will Find Me

I openly and unapologetically confess that The National is my favorite band at this point in my journey so I was primed for bias when they released this record this year. In addition, I saw them live and my love for this record grew exponentially after experiencing “I Should Live in Salt” and “Graceless” first hand with all of the simmering angst and sorrow that Matt Berninger pours into them. This record has all of the elements that make the National great from brooding somberness to careless swagger all of which are filtered through Beringer’s distinct barritone.

Standouts: “I Should Live in Salt,” “Graceless”